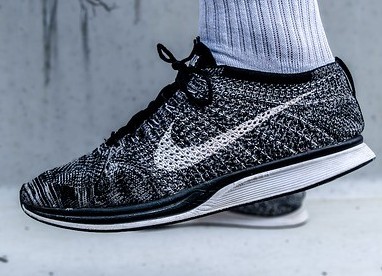 Believe it or not this is the name of the store, Sneakersnstuff. It originated in Sweden and carries a lot of specialized brands like Nike, Adidas, Converse, Puma, New Balance, Carhartt and many more.  They have stores in the United States (Little West 12th St in NY), Sweden, France, London and Germany. The owners Erik Fagerlind and Peter Jansson opened in 1999 in Sweden and have built the business in different countries since then. They have always been known for carrying the hard to find items.

They have been working with Reebok, Converse, Puma, New Balance and Adidas for both sneakers and apparel. Week after week, sneaker brands, are being released. New models, colors and retros continue to stir the sneaker market’s melting pot. With all the new technology the competition has risen over the years and the use of celebrity influences has started even a higher variety for sneakerheads and casual shoppers alike.

To ease your anxiety, and pockets, their weekly drop list shows the new releases of your favorite brands, the most hyped sneakers with the strongest silhouettes and colors. Some of them are: 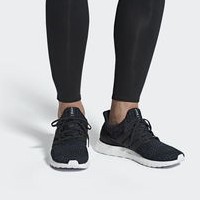 Released June 20th — This Parley x Adidas UltraBoost 4.0 shoe has been named the official shoe for Adidas’s largest event series “Run for the Oceans 2018” which sheds light on running communities and the fight against marine plastic pollution. 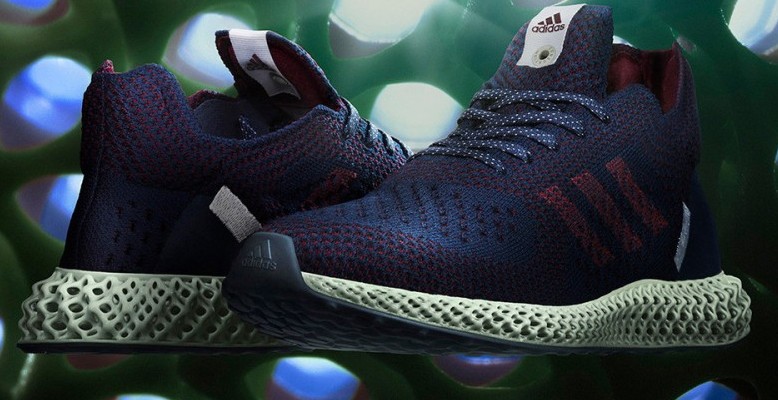 Released June 20th — Sneakersnstuff gets its own Adidas Consortium Future Craft 4D. This model comes to life through digital light synthesis technology. Its midsole is a mint green color, with the upper weaving adding a mix of navy and maroon. The laces match the navy-dominated upper with a dash of white speckles. Lastly, you will find Sneakersnstuff’s branding on the right tongue and Adidas’ stamp on the left. 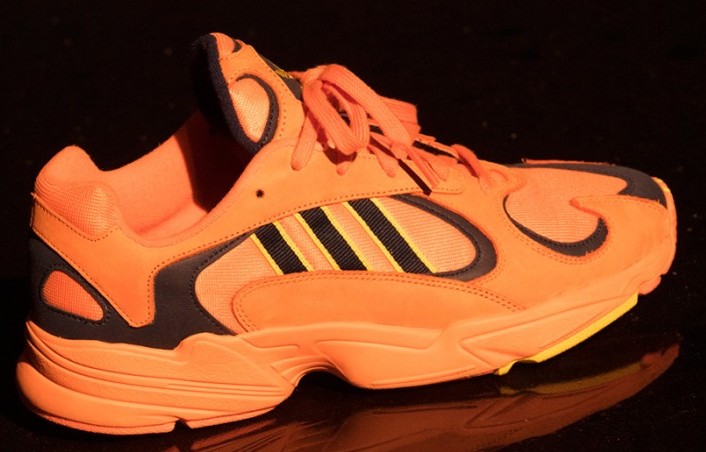 Released June 21st — Adidas’s Young-1 is picking up thanks to the release of men’s sizes on the horizon. Initially released in women’s sizes only, the sneaker’s “High Res Orange” and “Chalk White” colors aim to continue the bulky sneaker trend. 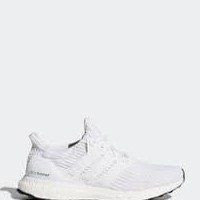 Released June 21st — For all the unlucky one’s that could not cop the Yeezy Powerphase, Adidas is providing a second option. This Continental 80 was released in “Cloud White” “Running White” and “Core Black”, with each hosting a red and navy strip along the sides. 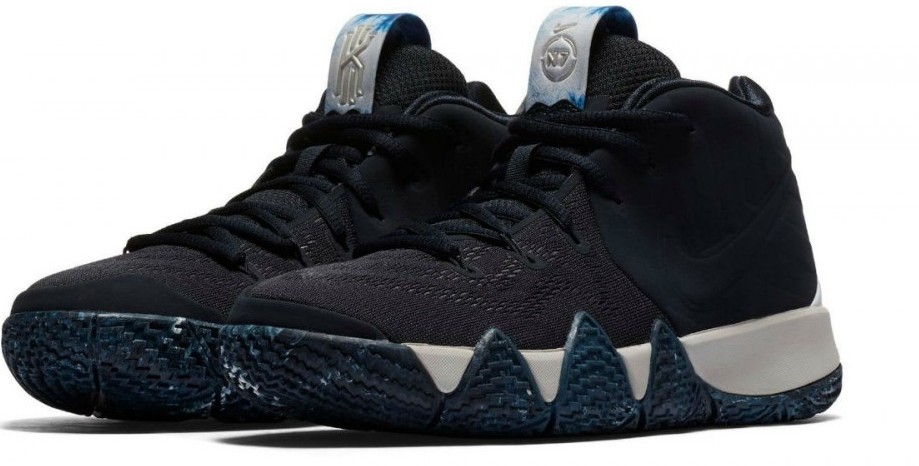 Released June 21st — Nike’s Kyrie 4 “N7” Collection is back for another round. Kyrie Irving’s fourth signature model joins the commemorative collection with inspiration coming from the Standing Rock Sioux Tribe. Dipped in Navy, you will find the Standing Rock seal on each heel and insole.

Released June 22nd — Kendrick Lamar’s Cortez Kenny  III sold out in under a minute for its first official release. For those that missed out, the collective sneaker is getting a wider release this week. The Top Dog Entertainment sneaker boosts a black color scheme with a suede and nylon construction. With a white leather swoosh, inner lining and heel tabs provide the contrast, while the red “bet it back” ribbon detailing and embroider “Dame” in Chinese characters gives it the signature of a Kung Fu Kenny flair. 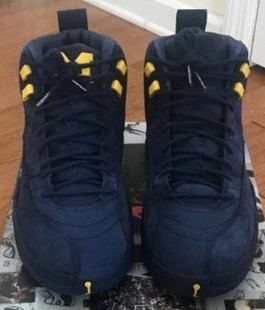 Released June 23rd — Originally unveiled as a collaboration with the Public Schools of New York, many thought this Air Jordon 12 would remain an exclusive release. Sharing Michigan’s “College Navy/Amarillo” color scheme. The upper part of the shoe is made of Luxe Blue Suede segments complemented by yellow detailing. A large University of Michigan “M” is added to the tongue with a solid blue sole unit to round out the design.

Released June 23rd — Nike’s Vapor Street Flyknit will drop in “College Navy”. This sneaker comes with a flyknit weaving throughout its upper, with an oversized swoosh hitting th lateral side and a smaller version on the medial side. With its foam side unit that features a solid College Navy Hue transitioning to speckled detailing, from the toe to the heel. 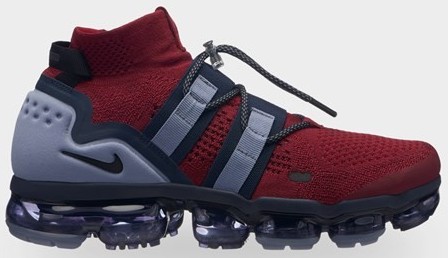 Will be released on July 12th — Some real love on the streets coming from the Nike VaporMax and a 2.0 model to be released, Nike is releasing the VaporMax Utility.   The red mid-cut silhouette was make for more rugged terrain with more added foam to the midsole that gives you a better cushioning and a new lacing system.  The upper is made with the finest lightweight flyknit with Obsidian and Ashen Slate colors.  Also having greater stability through the higher shape.  However you do not have to miss the distinctive Air unit, which provides the special VaporMax feeling. 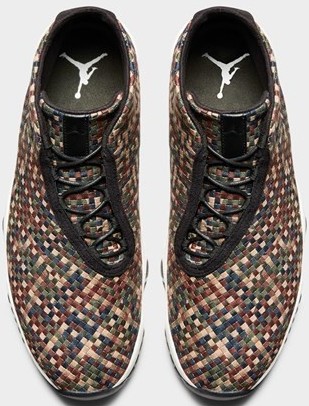 Will be released July 14 ––  First released in 2014, these Air Jordan Futures are inspired by the previous Air Jordan II but with added full length air and a fiber plate.  While having a camo-patterned woven upper and asymmetrical lacing.  Pieces of swede can be found on the tongue, heel and having a semi-translucent black rubber outsole, which rounds off the lifestyle Jordan. 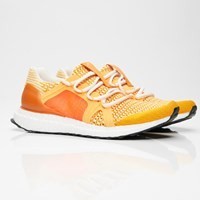 Will be released July 15th — These Adidas UltraBoost by Stella McCartney balance fashion and performance with attention to detail on the fabric and color.  While having a white sole that brings out the orange and white model that boosts a knit upper.  Having ultra light comfort and a durable outsole with a supportive cage around the midfoot enabling stability.

On July 15th these Stella McCartney UltraBoost’s will be available in Pink, Black, White and Yellow with velcro straps.

The owners had always been working in the field of sporting goods as well as being sneakerheads themselves. This is what encouraged them to open a sneaker store. In 2009, they had won a grand slam at the Habit Modegala, an annual fashion award show, hosted and ran by Habit, the largest magazine for the fashion business in Scandinavia. Sneakersnstuff received the Online Retailer Award and the most prestigious award The Young Fashion Store of the year award.

Carrying over 70 different brands of sneakers and clothing, with having 30%, 40% and 50% off sneakersnstuff. For all you sneakerheads out there the releases are set up Week, Day, Hours, Minutes and Seconds of the brands that are next in line. They usually run about a week away. But some of them go fast, so you have to be faster. Come and see what’s on the burners. Sweeeeeeeeeeeet!

Now these are the sneakers that have come out Mid-June and will be coming out in July.  I am sure you all have heard of them already, since we are into July already. But they can still be bought at Sneakersnstuff. I will be posting some upcoming releases in the future, so stop back and see what they are bringing out next, or you can go to their website from here.

Please leave comments and any questions you may have below.